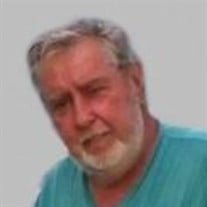 Bill Cato, 75, of Villa Ridge, passed away on February 9, 2021 at his home in McClure. He was born on December 15, 1945 in East St. Louis, Illinois to William and Evelyn (Turner) Cato. He married Sandra Carol Read on June 28, 1983. She preceded him in death on July 2, 2018. Bill proudly served his country in the United States Army during Vietnam. He loved his farm life, especially his cows. He often referred to them as his girls. Bill helped Bull Helman with farming for many years. He worked construction for E.T. Simonds for 40 years before retiring. Besides “his girls” his grandchildren brought him so much joy in life. Bill was a past president and member of the SEMO Shrine Club and also a member of the Masons, VFW, and American Legion. He is survived by his sons, Joe Cato, J.D. Cato, J.W. Cato, Bob Cato and Robert “Bull” (Leslie) Helman; daughter, Rhonda Cato; fiancé, Lora Owens and children, Christian, Madison, Allison, Jace; many grandchildren, Chelsey, Rachael, Rebecca, Colton, Mikie, Shaina, Addy, Sophia, Layla and Clara; sisters, Susie Schierbaum, Patti Reeves and Burna Ryan; brothers, Johnny and Jerry Ryan; many nieces, nephews, other relatives and friends. Besides his wife, he was preceded in death by his parents and sons, Dewayne Cato, Jeff Baker and Russell Baker. Cremation will be accorded. A private memorial service will be held. Inurnment will take place at a later date in Rose Hill Cemetery in Pulaski, Illinois. Memorial contributions may be made to Shriners Hospital for Children and will be accepted at the funeral home. Please mail to Crain Funeral Home, 135 W. Vienna St., Anna, Illinois. Crain Funeral Home in Cairo is in charge of arrangements.

The family of Bill Cato created this Life Tributes page to make it easy to share your memories.

Send flowers to the Cato family.