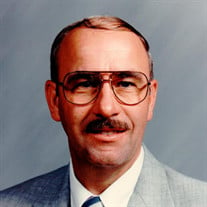 Bob McIntosh, 76, of Pulaski, passed away at 2:50 PM, Saturday, June 20, 2020 at Lake of Egypt. Bob was born June 16, 1944 in Dongola to Leland and Gail (Schluter) McIntosh. He married Sue Ann Lingle on December 24, 1986. Bob was a graduate of Ullin High School. After high school he pursued his higher education at Southeast Missouri State and Southern Illinois University, culminating in a specialist degree in Education Administration. Bob taught school and then was the superintendent/principal at Century School District for 32 years. He then furthered his career at the Regional Office of Education for 14 years. During this time, he was instrumental in writing and obtaining grants to build the elementary addition to Century School. Bob has served his community and church in countless ways and has been on many boards. He was the Southern Illinois Electric Cooperative Vice President and member of the Finance Committee, South Water District board member, Soil and Water Conservation District, nominating committee member and Dongola State Bank Board of Directors. He was also on the SIDEZ board, JAMP board, and a Representative for the Pulaski County Farmland Assessment Advisory Group. Bob was a faith-filled man who was devoted to his family, God and his church, Cross Road United Methodist in Ullin. He has served in many capacities, including Sunday School Superintendent and Church Treasurer. As a lifelong farmer he has mentored many farmers in the community and has furthered the field of agriculture over his lifetime. He received many accolades and awards over his career, including Administrator of the year. McIntosh Farms has been chosen as Conservation Farm of the year twice, most recently in 2019. He is survived by his wife, Sue; daughter, Monica (Jeff) Holshouser; son, Rod (Chrissy) McIntosh; step-daughter, Angela Tripp (Piper Fuhr); step-son, Larry Tripp Jr.; 6 grandchildren, Tyler Holshouser (Morgan Politte), Cruiz (Kaylee) Davis, Christian (Carrie) Davis, Amber McIntosh (Fiancé Jamee Cole) , Elizabeth (Roger) Turner, Rachael (Cody) Hand; 6 great-grandchildren, Colt Davis, Bodie Davis, Connor Stanley, Kenzie Turner, RyLynn Turner, Easton Turner; sisters, Carolyn Theis and Cheryl (Jeannette) McIntosh; nieces, nephews, other relatives and many friends. Bob was preceded in death by his parents. Visitation will be from 3:00-8:00 PM, Friday, June 26, 2020 at Cross Road United Methodist Church at Ullin. Family services will be Saturday with burial at St. John’s Cemetery. Pastors Pete Vinson and Randy Huckleberry will officiate. The procession will leave Cross Road Church at 11:45am, Saturday, with a Farmer's Sendoff. All are invited to watch from their cars along the route from the church through Ullin. Crain Funeral Home in Ullin is in charge of arrangements. In lieu of flowers, donations may be made to The Bob McIntosh Memorial Scholarship Fund c/o The First State Bank of Dongola, PO Box 219, Dongola, IL 62926. Envelopes will be available at the church.

The family of Bob McIntosh created this Life Tributes page to make it easy to share your memories.

Send flowers to the McIntosh family.