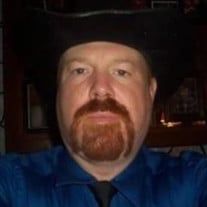 Bobby Joe Dunning, age 47, of Marion, formerly of Tamms, passed away at 4:37 PM on Monday, September 20, 2021 at Heartland Regional Medical Center. He was born on January 29, 1974 a son of Billy E. and Lila D. (Barten) Dunning-Smith. He married Jane Marie Abels on May 26, 2012 and she survives. Bobby had worked in the trucking industry as an over the road driver for Schneider. He was of the Christian faith. He was a member of the Tamms Fire Department. Survivors include his wife, Jane Dunning of Marion; his mother and step-dad, Lila and Les Smith of Fulton, IL; five sons, Kurtlewis (Tina) Abels of Marion, Justin Lilly of Marion, Sean Edward Lilly of Marion, Britt Lilly of Marion and Austin (Maddie) Lilly of Marion; three step-daughters, Amanda Shannahan of Marion, Brittany Coryell of Herrin and Rachel Hartman of Fruitland, MO; a sister, Tresea Edwards of Marion; a brother, William Dunning (Belinda) of Springfield, IL; raised as a brother, Jeff Dunavent of Missouri; two brother-in-laws, Kurt (Donna) Abels and Robert (Margaret) Abels; one sister-in-law, Arlene (James) Miller; a nephew, Wesley Eaves; two nieces, Chelsea (Jeffrey) Phipps and Olivia (Andrew Odum) Edwards; and a host of other nieces, nephews, aunts, uncles, cousins, other relatives and friends. He was preceded in death by his father, Billy Dunning; Paternal and Maternal grandparents; Mother and Father-in-Law, Robert and Jane Abels; Brother-in-Law, Mike Abels; aunts and uncles. Funeral services will be held at Crain Funeral Home in Tamms on Friday, September 24, 2021 at 1:00 PM with Bro. Ken Wilson officiating. Visitation will be from 11:00 AM until the hour of the service at the funeral home. Cremation will be accorded following the services. In lieu of flowers, the family requests that memorial donations be made to Crain Funeral Home to assist with Bobby’s funeral expenses. The family has also set up a go fund me account where donations can also be made. If you would prefer to donate via gofundme, here is the link https://gofund.me/2fafebf7. Crain Funeral Home in Tamms has been entrusted with the arrangements.

Bobby Joe Dunning, age 47, of Marion, formerly of Tamms, passed away at 4:37 PM on Monday, September 20, 2021 at Heartland Regional Medical Center. He was born on January 29, 1974 a son of Billy E. and Lila D. (Barten) Dunning-Smith. He married... View Obituary & Service Information

The family of Bobby Joe Dunning created this Life Tributes page to make it easy to share your memories.

Send flowers to the Dunning family.