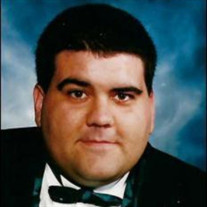 Douglas Neil Crews, 51, of Maysville, KY, formerly of Anna, died Thursday, Oct. 15, 2020, at his residence. Mr. Crews was born in Taylorville on January 10, 1969, the son of Susan Corrington Crews of Maysville, KY, and Michael “Mike” Crews of Anna. Doug graduated from Anna-Jonesboro Community High School in 1987. During high school he was a multi-sport athlete, earning eight varsity letters. Doug was named All-South in basketball and All-Conference in football. He was also an avid hunter and fisherman. Beside his parents, he is survived by his two sisters, Laura Crews of Maysville, KY, and Susan “Shelly” Norris (Kurt) of Wake Forest, NC; and by his nieces and nephews, Kaylin Norris, Madison Norris, Layla Crews-Taylor, Lawsyn Crews-Taylor and Linana Crews-Captain. He is also survived by his favorite aunt, Cindy Brent, and his cousin, John Kerley. A memorial visitation will be held for Douglas Crews from 4:00pm – 6:00pm, Saturday, November 14, 2020, at Crain Funeral Home in Anna-Jonesboro.

The family of Douglas Neil Crews created this Life Tributes page to make it easy to share your memories.

Send flowers to the Crews family.