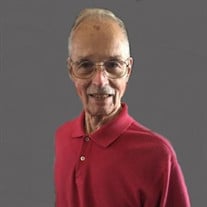 Douglas J MacLeod of Chicago’s Old Town passed away on Thursday, May 13, 2021. He was born in Dixon, IL to William and Eleanor MacLeod on April 19, 1939, but moved at a young age to Carbondale, IL. He attended Carbondale Community High School where he was a standout, three-sport athlete and Valedictorian of the Class of 1957. He attended the University Of Notre Dame, graduating in 1961 with a BS in Chemistry. Douglas moved to Chicago upon graduation where he spent his entire adult life north of the city in the area known as Lincoln Park. Douglas started his working career at Travelers Insurance where he met many of his life-long friends. He then moved on to a number of major corporations where he became a pension benefits expert Douglas’ passion was baseball. He was the 1st, four year starter on his high school team and dreamed of a major league baseball career until he played alongside Carl Yastrzemski at Notre Dame, seeing the talent required to make it at the professional level. He remained a fan rooting for his St. Louis Cardinals where he was able to enjoy many World Championships. That did not stop him from rooting for the Cubs except when the Big Red came to town. He was also passionate about ND Fighting Irish football (no surprise) and enjoyed many a fall outing on campus. He loved spending time with his family and his cousins, many living in the Chicago area. He particularly enjoyed the holiday gatherings and routinely hosted a dinner during the annual Old Town Art Fair along with trips to his beloved Door County, WI. He was a longstanding parishioner at St. Michaels Catholic Church in Old Town and as a lover of classical music, he would attend the high mass for its choral and organ music. His Faith was at the center of his life. Douglas is survived by his brother Andrew (Donna); brother-in-law, Mike Daly (Jan); nieces Kate Daly, Lani MacLeod, Madison MacLeod and nephews Brendan Daly, Chris Daly (Marcie), Colin Daly (John). He was preceded in death by his parents, his brother, Bill and sister, Ellen. Douglas will be interred alongside his parents and sister in Pleasant Grove Memorial Park, May 28, 2021 at 10:00 a.m. with Father Bob Flannery officiating. Family and friends are asked to go directly to the cemetery. A Celebration of Life and Memorial Mass will be held at St. Michaels at a later date. Crain Pleasant Grove-Murdale Funeral Home is in charge of arrangements.

Douglas J MacLeod of Chicago&#8217;s Old Town passed away on Thursday, May 13, 2021. He was born in Dixon, IL to William and Eleanor MacLeod on April 19, 1939, but moved at a young age to Carbondale, IL. He attended Carbondale Community High... View Obituary & Service Information

The family of Douglas James MacLeod created this Life Tributes page to make it easy to share your memories.

Send flowers to the MacLeod family.