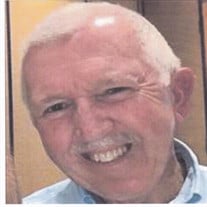 James Russell Clark, 72, of Tulsa Oklahoma, formerly of Grand Chain, died Wednesday, April 7, 2021. He was born on September 6, 1948 in Cairo, Illinois to William Russell & Ardis Louise Clark. He is survived by his wife Glenda (Williams) Clark, sister Ann Kearney and her husband Gary, son Chris Clark and his wife Melissa, daughter Carla Bayer, son Chad Clark and his wife Christy, eight grandchildren, Stephanie, Katie, Joshua and Molly Clark, Claire Clark, Cole, Jake and Mason Bayer, four great grandchildren Parker, Dean, Able and Zion and many nieces and nephews. He is preceded in death by his parents, brother Roger and sister Gale Kurpeski. Jim was a man of faith and a member of the Community Christian Explorers at Asbury United Methodist Church in Tulsa, Oklahoma. He earned multiple undergraduate degrees from Southeast Missouri State University and earned his Masters of Divinity at Oral Roberts University in Tulsa, Oklahoma. Jim was an educator, ordained minister, counselor, entrepreneur and friend to many. Jim's greatest desire was to share the gospel and the love of Jesus Christ to everyone. He was gifted with a spirit of encouragement and made everyone feel like they were important and loved. He greeted you with a smile and could carry on both sides of the conversation. He found joy in walking with Christ and made you want to run and follow. Memorial Service to be held Monday April 12, 2021 at 2:00 PM at Asbury United Methodist Church in Tulsa, Oklahoma. Announcement courtesy of Crain Funeral Home in Tamms.

The family of James Russell Clark created this Life Tributes page to make it easy to share your memories.

Send flowers to the Clark family.