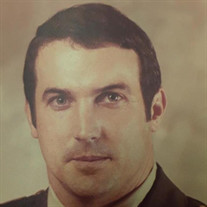 James Richard Trout, a former local school superintendent, U.S. Army veteran and beloved husband, father and grandfather, passed away early Tuesday morning at Southeast Missouri Hospital in Cape Girardeau. He was 77 years old. A native of Kewanee, he was born on December 18, 1942 to Paul Trout and Verda Jenkins Trout. He played baseball and basketball at Kewanee High School, graduating in the top 10 percent of his class, among a class of 10. He went on to attend Arkansas State University, where he earned a Bachelor’s degree in education and a Master’s degree in guidance and counseling. Mr. Trout was teaching high school in Peculiar and Winona, also coaching baseball and basketball, when he was drafted into the U.S. Army, joining the 1st Cavalry Division during the Vietnam War, serving as a medic and later advancing to the rank of Captain. Captain Trout nearly lost his life in combat in Vietnam, but was saved by his close friend “Bud” Willis, to whom the Trout family has always been grateful. He met his wife, Annette Regan, during R&R in Sydney, Australia. After marrying in 1969 in Advance, Missouri, they had two daughters, Alisa and Jamee. An avid football and basketball fan, Mr. Trout even taught his older daughter, Alisa, to memorize the names of every NFL team in the nation at the age of three. Mr. Trout worked as athletic director for Job Corps, then later became principal Bell City R-II School District, also serving for many years as a basketball coach, leading the team to a district championship. He later became principal of Woodland R-IV District High School. He then advanced to serve as superintendent of Woodland and later Bolivar R-1 Schools. He would then go on to serve in a statewide role, as an Area Supervisor for the Missouri Department of Elementary and Secondary Education, before he retired in 2011. Never content to sit still, Mr. Trout remained active, helping his daughter and son-in-law with chores on their farm, even when they urged him to relax, and doting on his grandchildren, who affectionately referred to him as “pappy,” as did their friends and schoolmates. He is survived by his wife Annette of Cape Girardeau; daughter Alisa and son-in-law Steve Ritea of Los Angeles, Calif.; daughter Jamee and son-in-law Charles Cox of Olive Branch, Ill.; grandchildren Mary Beth and Brian Cox of Olive Branch; two brothers, Ronald Trout of Richardson, Texas and his wife Carole; Michael Trout of Sheridan, Wyoming and his wife Pat. He was preceded in death by another brother, Gary, whose surviving wife is Melody. He is also survived by many wonderful relatives across the nation and in Australia. Cremation is planned and a memorial will be held at a later date. In lieu of flowers, the family encourages donations in Mr. Trout’s name to either the Veterans Home, 2400 Veteran’s Memorial Drive, Cape Girardeau, Mo. 63701 or the Kenny Rogers Children’s Center, 300 Floyd Ave., Sikeston, Mo. 63801. Inurnment will be in Missouri Veterans Cemetery in Bloomfield. Crain Funeral Home and Cremation Service in Cape Girardeau is in charge of arrangements.

The family of James Richard Trout created this Life Tributes page to make it easy to share your memories.

Send flowers to the Trout family.