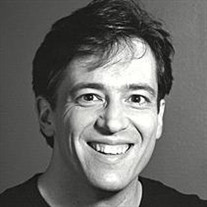 Jeffrey Lee Brothers, age 58 of Nashville, TN, formerly of Murphysboro, IL passed away at 8:46 AM on Thursday, April 28, 2022 in Ascension Saint Thomas Hospital West in Nashville, TN. He was born on March 25, 1964 in Murphysboro to Lee Roy and Carolyn Jane (Hagler) Brothers. Jeff’s childhood was filled with Little League and Scouts, including the honor of achieving Eagle Scout. Throughout high school he managed athletic teams, participated in Key Club, and got his first job at Farm Fresh milk store. Upon graduating from Murphysboro High, Class of 1982, he moved to Nashville to study music business at Belmont College. He lived the dream for 30 years as an executive and business owner, and authored several books. He also played bass and sang in bands across Southern Illinois and Nashville. He was an integral part of the sound and audio team at Eastgate Creative Christian Fellowship, where he also served as a deacon and Prayer Team Captain. He is survived by his Parents, Lee and Carolyn Brothers of Murphysboro; 2 Brothers, Stephen Brothers of Las Vegas, NV and Chad (Crystal) Brothers of Irvine, KY; Nephews, Caeden and Logan Brothers; Aunt, Ina (Bob) Young of Murphysboro; Very Good Friends, “sister” Sarah Turner and Jeff & Erin Benz; Many other relatives and friends. Jeff was preceded in death by his Paternal Grandparents, Arvel and Wanda Brothers and his Maternal Grandparents, Elmer and Kathryn Hagler. Visitation will be on Monday, May 2, 2022 from 5:00 PM to 8:00 PM at Crain Pleasant Grove-Murdale Funeral Home, 31 Memorial Drive, Murphysboro, IL 62966. Funeral services will be held on Tuesday, May 3, 2022 at 11:00 AM at the funeral home with Rev. Charles Allen officiating. Interment will follow in Murdale Gardens of Memory. Memorials may be made to Eastgate Creative Christian Fellowship, PO Box 355, Hermitage, TN, 37076. Envelopes will be available at the funeral home.

Jeffrey Lee Brothers, age 58 of Nashville, TN, formerly of Murphysboro, IL passed away at 8:46 AM on Thursday, April 28, 2022 in Ascension Saint Thomas Hospital West in Nashville, TN. He was born on March 25, 1964 in Murphysboro to Lee Roy... View Obituary & Service Information

The family of Jeffrey Lee Brothers created this Life Tributes page to make it easy to share your memories.

Send flowers to the Brothers family.