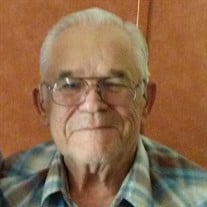 Jerry Hornback, age 87, of Cobden, passed away on Saturday, February 19, 2022 at his residence. He was born on November 15, 1934 to Sidney Frances and Virginia (Lynch) Hornback in Sikeston, MO. Jerry married Joan Cornue on July 31, 1965 and... View Obituary & Service Information

The family of Jerry Hornback created this Life Tributes page to make it easy to share your memories.

Jerry Hornback, age 87, of Cobden, passed away on Saturday, February...

Send flowers to the Hornback family.