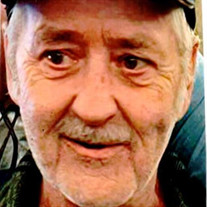 Jerry Lovell, age 72, of Anna, passed away on Sunday, January 30, 2022 at his residence. He was born on March 4, 1949 to J.D. and Theo (Bond) Lovell in Jackson, Tennessee. He married Patricia Baker in 1973, and she survives. Jerry worked for many years as a construction worker. Survivors include his wife, Patricia of Anna; daughters, Wendy Wasinksi of Chicago, Becky Lovell of Jonesboro, and Tabitha Wyatt of Jonesboro; sons, Jerry Lovell Jr. of Anna and Joey Lovell of Anna; seven grandchildren; six great-grandchildren; sisters, Diana Schultz of High Point, North Carolina and Bessie Gonzales of Jackson, Tennessee; brothers, Earl Lovell of Jackson, Tennessee and Larry Lovell of Jackson, Tennessee; and several nieces, nephews, cousins, and other relatives. He was preceded in death by his parents; a son, Ronald Lovell; and three brothers, Cecil, Robert, and James. The family will hold a private memorial gathering at a later date.

The family of Jerry Lovell created this Life Tributes page to make it easy to share your memories.

Jerry Lovell, age 72, of Anna, passed away on Sunday, January...

Send flowers to the Lovell family.