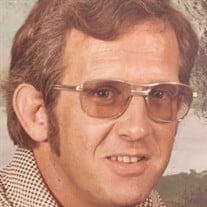 Kenneth D. Workman, 77, of Herrin, died Thursday, January 7, 2021, at his residence. He was born February 25th, 1943 in Benton, Illinois to George Dewey Workman and Elsie (Shockley) Workman. Ken’s life included being a loving Father, Husband, Grandfather, and Great-Grandfather. Ken graduated High School in Herrin, Illinois and remained a resident of Herrin throughout his life. An Army veteran, his career also included Olin and Kroger corporations. Ken was a genius building or repairing almost everything. He was very generous with his time. Helping family, friends, and many others with repairs was a very common event for Ken. He is survived by his son, Jason Workman of Herrin. Grandchildren, Phillip, Toni, Sami, Aaron, Andrew, Emma. 3 great-grandchildren. One brother, Tommy and a sister, Sue. Ken was preceded in death by his wife, Judith K. Workman, son, Kenneth L. Workman, brother, Bill Workman and parents. A pass thru memorial gathering will be held Friday, January 22, 2021 from 1PM to 2PM at Crain Funeral Home Egyptian Chapel. Inurnment will follow at Egyptian Memorial Gardens.

The family of Kenneth Dewey Workman created this Life Tributes page to make it easy to share your memories.

Send flowers to the Workman family.