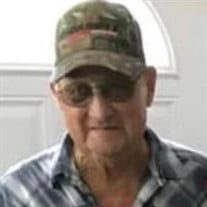 Leslie E. “Gene” Chrestman, age 87, of Cairo, Illinois, passed away on Saturday, March 20, 2021 at 3:01 p.m. in Southeast Hospital in Cape Girardeau, Missouri. Gene was born on June 2, 1933 in Cairo, a son to Leslie V. and Naomi (Wildharber) Chrestman. He married Carolyn R. McCarty on June 2, 1953 and she preceded him in death. Gene was owner of the Dairy Queen in Cairo for many years. He entered the United States Air Force in March of 1953 and served until March of 1957, where he was an aircraft maintenance tech. He attained the rank of sergeant. Upon returning, he continue to own and run the Dairy Queen, which was later renamed Gene’s Place. After selling Gene’s Place, he worked at Horseshoe Lake Conservation Area as a park ranger for twenty-two years before retiring. Gene served as Alexander County Coroner for eight years, and joined the Cairo Auxiliary Fire Department in 1962. He served on the fire department for fifty-eight years, and was chief for the last eight of those years. Gene loved fishing, woodworking and mowing. He is survived by his companion, Sharon Williams; daughters, Deborah “Debbie” (David) Willis and Linda Kay Fink; granddaughters, Leslie Thompson, Samantha Terry and Betty R. Chrestman; grandson, Matthew Chrestman; seven great-grandchildren; and several nieces, nephews and other family members. He was preceded in death by his parents, Leslie V. and Naomi Chrestman; his wife, Carolyn Chrestman; son, Charles V. “Scooter” Chrestman; grandson, Christopher Chrestman; sister, Mary Ellen Applegate; and brother, Charles F. Chrestman. Funeral services will be held at Crain Funeral Home in Cairo on Wednesday, March 24, 2021 at 12:00 p.m. with the Reverend Dr. Larry Potts officiating. Interment will follow at Rose Hill Cemetery in Thebes, Illinois. A time of visitation will be held at Crain Funeral Home from 10:00 a.m. until the time of service. In lieu of flowers, memorial donations may be made to Cairo Auxiliary Fire Department, c/o Joe Ruiz, and will be accepted at the funeral home. Crain Funeral Home in Cairo has been entrusted with the arrangements.

The family of Leslie E. "Gene" Chrestman created this Life Tributes page to make it easy to share your memories.

Send flowers to the Chrestman family.