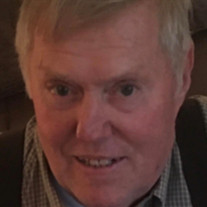 Lester Sample, age 77, of Jackson, passed away on Thursday, January 13, 2022 at Saint Francis Medical Center. He was born on January 28, 1944 to George and Novella (Hilderbrand) Sample in Cape Girardeau. Lester married Margaret Cutright on August 30, 1963, and she preceded him in death on September 23, 2012. Lester worked 16 years for the City of Cape Girardeau as a shop foreman. After that, he went on to run Riverfront Auto from 1979-2013. Lester became a member of the First Baptist Church in Jackson. He enjoyed volunteering for Meals on Wheels. Survivors include his five children, Patti(Rodney) Stephens, Thomas (Lori) Sample, Stephanie Neal, Angela (Kevin) Stephens, and Michael (Megan) Sample; grandchildren, Chris, Emily, Amanda, Britt, Dylan, and Blake; three great-grandchildren, Lilly, Amelia and Kyler, three brothers, Tony, Johnny, and Kenny Sample; friend, Shirley Adams; and several nieces, nephews, cousin, other relatives and friends. He was preceded in death by his parents; wife, Margaret; brothers, Larry and Gary; sisters, Evelyn Welter, Freida Hunze, and Pansy Bentley. Visitation will be held on Tuesday, January 18, 2022 from 5:00 p.m. to 7:00 p.m.at Crain Funeral Home in Cape Girardeau. Funeral service will be on Wednesday, January 19, 2022 at 11:00 a.m. at the funeral home. Interment will follow at Russell Heights Cemetery in Jackson. Memorial contributions may be made to the family to offset the expenses and will be accepted at the funeral home. Arrangements have been entrusted to Crain Funeral Home and Cremation Service in Cape Girardeau.

The family of Lester Sample created this Life Tributes page to make it easy to share your memories.

Lester Sample, age 77, of Jackson, passed away on Thursday, January...

Send flowers to the Sample family.