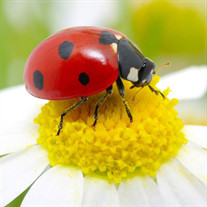 Linda Kaye Bugg, age 65, of Muldrow, Oklahoma, passed away on Tuesday, February 16, 2021 at 1:55 p.m., while visiting her daughter’s home in Ullin, Illinois. Linda was born on November 11, 1955 in Sallisaw, Oklahoma, a daughter of Kenneth Donald and Delcia Faye (Brunk) Lynch. She leaves behind four daughters, Nesha Lumbley of Illinois, Taima Locust of Kentucky, Bretta Workman of Oklahoma and Belinda Valesquez of Oklahoma; five grandchildren, Louella Lumbley and Nakima Lumbley, both of Illinois, Jenesis Lumbley and Jameson Kilgore, both of Kentucky, and KimBree Workman of Oklahoma; two sisters, Deborah Stiles and Brenda Edwards, along with one brother-in-law, Jr. Edwards, all of Oklahoma; and many other family members and friends, too numerous to name. She was preceded in death by one granddaughter, Cynthea Henning; her mother, D. Faye Robison; her father, K. Donald Lynch; maternal grandparents, Stanley and Eva Brunk; and paternal grandparents, Bob and Rose Lynch. Linda’s wishes were to be cremated and a memorial service will be held at a later date. Crain Funeral Home in Ullin is assisting the family with the arrangements.

The family of Linda Kaye Bugg created this Life Tributes page to make it easy to share your memories.

Linda Kaye Bugg, age 65, of Muldrow, Oklahoma, passed away on...

Send flowers to the Bugg family.