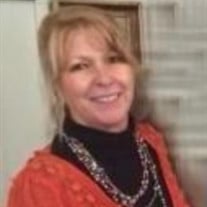 Martha Ellen “Ellie” Nixon Clarke, age 63, of Mounds, passed away Saturday, September 4, 2021, at Southeast Hospital in Cape Giaradeau. She was born September 30, 1957 to William and Judith (Chrestman) White in Cairo. Martha married Thomas L. Nixon on April 15, 1978. He preceded her in death on August 4, 2000. She married Mark Clarke on January 2, 2016, and he survives. Ellie was the proud owner of Nixon Farms and her own beauty shop that she owned for over 30 years, Ellie’s Little Hair House. She enjoyed watching shows at The Fox Theatre and taking beach vacations. Ellie had a helping spirit and volunteered for events anytime that she was needed. Besides her husband, she is survived by; a daughter, Jennifer (Jason) Lanier; a son, Forrest (Melanie) Nixon; a step-son, T.J. Nixon; four grandchildren, Thomas Bosecker, Emilee Korte, Ali-Claire Nixon, and Case Nixon; a brother, Jimmy (Jennifer) White; a sister, Suzy Holland; two sisters-in-law, Mary Candace (Richard) Keates and Sally Ann (Rick) Palin; two brothers-in-law, John Andrew Clarke and Willis Jackson, and many other nieces, nephews including, Ben, Marcus, Erika, and Jessica; cousins, other relatives and a host of friends, and a very special four-legged friend, Sparky. Besides her first husband, she is preceded in death by her parents; a brother, Clay White; and a sister-in-law, Linda Jackson. Per Ellie’s request, a graveside only service will be held at Rose Hill Cemetery in Pulaski on Thursday, September 9, 2021 at 1:00 pm with Rev. Larry Potts officiating. In lieu of flowers, memorials can be made to Huckleberry’s/ALS Respite Care. Crain Funeral Home of Cairo is in charge of arrangements.

The family of Martha Ellen "Ellie" Nixon Clarke created this Life Tributes page to make it easy to share your memories.