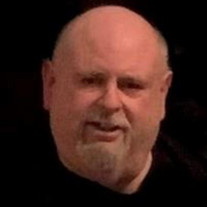 Philip G. Green, 68, of Murphysboro, died at 3:15 p.m. on Friday, April 22, 2022 at St. Claire Hospital, Fenton, MO. Phil was born August 14, 1953, in DuQuoin, IL. His family moved to Murphysboro, IL in 1967. He married Nancy on November 2, 1974 and had two children, Aaron Green and Amy Ingold. Phil managed Greens IGA until its closing in 1982. He later worked at Vic Koenig Chevrolet. He was a member of the VFW, Murphysboro Support Group , Carbon Lake Club, Elks and American Legion. He spent many hours of working and volunteering for these clubs and their charities. Phil lived a full life and loved spending time with his grandchildren and great grandchildren. He loved playing fantasy sports with his many friends and when he was healthy he played golf and even made a hole in one at Jackson County Country Club on a Par 4! He was preceded in death by his parents, Phil and Delilah Green; his sister, Sharon Alcorn, and his wife, Nancy. He is survived by his son, Aaron (wife, Anna) Green of Northfield; daughter, Amy (husband, Rick) Ingold of Springfield; four grandchildren, Trent and Taylor Boyer and Alexa and Abbey Green; and two great grandchildren, Nora Hanselman and Brooks Melvin; and many special friends. The family will hold a Celebration of Life at the American Legion in Murphysboro on Saturday, May 7, 2022 from 1:00 p.m. until 4:00 p.m. Crain Funeral Home in Murphysboro is assisting the family with the arrangements. Memorials may be made to Veterans Support Group, P.O. Box 952, Murphysboro IL 62966.

The family of Phil Green created this Life Tributes page to make it easy to share your memories.

Send flowers to the Green family.