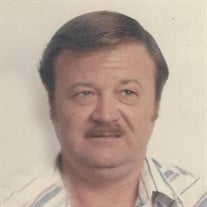 Raymond D. Sexton, age 72, of Marion, Illinois, formerly of Perks Blacktop in Dongola, passed away on Wednesday, December 8, 2021 at 9:26 a.m. at Heartland Regional Medical Center. Raymond was born on December 26, 1948 in Peoria, Illinois, a son of Thelbert and Mary Adeline (Riley) Sexton. Raymond retired as an over the road truck driver, after 29 years. Raymond proudly served his country in the United States Marine Corp, having served in Vietnam from 1966 – 1969. He received the National Defense Service Medal, Vietnam Campaign Medal, Vietnam Service Medal, Combat Action Ribbon, Rifle Marksmanship Badge, and the Silver Star Medal for his conspicuous gallantry and intrepidity in action while serving as a Squad Leader with Company D, First Battalion, Fifth Marines, First Division during the operation Hue City on February 15, 1968, in the Republic of Vietnam. He was a lifetime member of the Herrin V.F.W. Post 1567, Disabled American Veterans and the National Rifle Association. He was a member of the Herrin American Legion Post 645 for over 35 years. He loved to spend time on his farm and caring for his horses. He enjoyed collecting antiques and finding new treasures at the antique malls. Raymond is survived by his daughter, Kimberly Dawn Chamness of Lake of Egypt, Illinois; son, Thelbert Jason (Melody) Sexton of Sacramento, California; grandson, Theodore Sexton of Sacramento; granddaughter, Allison Chamness of Lake of Egypt; grandson, Austin Ford of Anna, Illinois; great-granddaughter, Natalie Ford of Mounds, Illinois; and sister Linda Gimnich of Marion, Illinois. Raymond was preceded in death by his parents, Thelbert and Mary Adeline Sexton; and son, Dennis Ray Sexton. Funeral services for Raymond D. Sexton will be held at Crain Funeral Home-Egyptian Chapel in Energy on Wednesday, December 22, 2021 at 11:00 a.m. with Reverend Kevin Bonifacious officiating. Military Rites will be conducted by the Honor Guard Ritual Team comprised of the Carterville American Legion Post 347, the Herrin American Legion Post 645, and Herrin V.F.W. Post 1567 with assistance from the United States Marines. Burial will take place in Egyptian Memorial Gardens. A time of visitation will be held at the funeral home from 10:00 a.m. until the time of service. In lieu of flowers, memorials may be made to the Herrin V.F.W. Post 1567 and will be accepted at the funeral home. Crain Funeral Home – Egyptian Chapel has been entrusted with the arrangements.

The family of Raymond D. Sexton created this Life Tributes page to make it easy to share your memories.

Send flowers to the Sexton family.