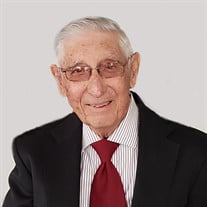 Richard Otis Graham, 86, of Anna, died at 5:10pm Saturday, November 7, 2020 at Southeast Hospital in Cape Girardeau. He was born May 3, 1934 in Dongola, the son of William F. and Verda (McCommons) Graham. On October 16, 1960 he married Yvonne Annette Corbit at Saratoga United Methodist Church and they just celebrated their 60th anniversary. Richard served his country in the United States Army from 1956 to 1958. He was a bakery loader for Lewis Brothers Bakery for 24 years until his retirement in March of 1993. He was a member of the Union County Cattlemen Association and had served as the President at one time. He had also served on the University of Illinois 4-H Extension Council. He and his wife entertained many 4-H activities over the years. He served on the Ebenezer Hall Cemetery board for 36 years. Richard was saved, baptized and became a member of the Dongola First Baptist Church as a boy. After his marriage he attended the Saratoga United Methodist Church until 1972 when he joined the Anna First Church of the Nazarene. There he faithfully served as a trustee on the church board for many years. He was an avid supporter of the Children’s Bible Quizzing program for over 40 years, opening their home to hundreds of children who studied and learned God’s word. Richard loved working on his family farm along with his wife. Together they chopped wood, raised Black Angus Cattle and beautiful vegetable gardens. Richard is survived by his wife, Yvonne of Anna; daughter, Vonda (Brian) Hill of Anna; grandsons, Christopher Hill and Michael Hill (fiancé Hailey Whitis) both of Anna; brother, Thomas Graham of High Ridge, MO; sisters-in-law, Elaine (Robert) Edwards of Wellsville, MO, Donna (Larry) Dyer of Foristell, MO, Diana (Fletcher) Johnson of Harrisburg; brother-in-law, Dean Corbit of Buncombe; many nieces, nephews, cousins and friends. He was preceded in death by his parents; brothers, William T. Graham of Dongola, Curtis H. Graham of Alvord, TX, Walter Graham of Jonesboro; sisters-in-law, Carlista Pitts of Jonesboro, Clara Graham of Dongola, Beverly Graham of High Ridge, MO, Karen Graham of Alvord, TX, Elizabeth Corbit of Buncombe; brother-in-law, John Pitts of Cobden; mother-in-law, Wanda Corbit of Jonesboro; father-in-law, Lowell Corbit and step-mother-in-law, Lois Corbit of Buncombe. Visitation for Richard Otis Graham will be Thursday, November 12, 2020 at the Anna First Church of the Nazarene sanctuary from 4-7pm. Funeral services will be Friday, November 13, 2020 at 11:00am in the church sanctuary with Rev. Trenton Ice officiating. Friends may call Friday at the church after 9:00am. Interment will follow in Ebenezer Hall Cemetery with military rights accorded by the VFW Post #3455. Memorials may be made to the Anna Nazarene Church Children’s Bible Quizzing program or Ebenezer Hall Cemetery.

The family of Richard Otis Graham created this Life Tributes page to make it easy to share your memories.

Send flowers to the Graham family.