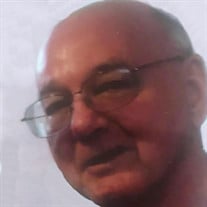 Husband of 62 years. Father to five girls. Man of God. Robert Spellman was born April 8, 1937, in Grandfield, Okla., and grew up in Urbana, Ohio, a town he fiercely loved, the son of Robert Sr. and Flossie (Crane) Spellman, with his late brother, Bill, and his brother, Hugh. He graduated from Urbana High School. He died on March 12, 2021, peacefully and surrounded by family. He went to Baldwin Wallace University in Berea, Ohio, where he received a bachelor’s in history and met the love of his life, Susan Edwards. They married at the chapel there on Dec. 27, 1958, and started to build a life full of family and adventures. Robert had three distinguished careers in his life. His first chapter was as a newspaper reporter, including at the Democrat and Chronicle in Rochester, N.Y., where he was part of a Gannett team that produced “The Road to Integration” project that won a special Pulitzer citation in 1964. After earning a master’s degree in urban planning at Michigan State University, he began his next work chapter, first as a public servant in Rochester, N.Y., serving in roles including director of Monroe County Pure Waters and urban renewal director for the city. His projects, including the senior towers along Lake Avenue and St. Paul Street, are still landmarks in the city. After he moved into the private sector, he managed projects in Cleveland, Ohio, and in Columbus was on the Two Nationwide Plaza development team. While working, he earned his law degree at Cleveland State University. A friend needed someone to teach a law class for him in the mid-1980s and asked Robert to take over. Robert fell in love with teaching, a profession he watched Susan excel at over the life of their marriage, and began his third career in academia. He became a distinguished communications law and journalism professor at Southern Illinois University at Carbondale, including a year as a Fulbright Fellow in Shanghai. Yet with all his success in work, he would tell you his biggest accomplishment was his marriage and family. His 62-year marriage was a model of how to build a Christian life full of unconditional love. He relished Susan’s success in her career and liked nothing else but to hear about accomplishments big and small by his daughters, their spouses, his 10 grandchildren and five great-grandchildren. And he was a rock of support for all of them when the challenges of life may have seemed in the way. While he and Susan traveled the world, their favorite trips were to their daughters’ homes to see the lives they were building. He was a faithful member of First Christian Church of Anna, serving as an elder and Sunday school teacher. He also was a lifetime learner, starting a master’s degree in New Testament studies at 80 through Johnson University in Knoxville, Tenn., continuing until his recent illnesses. In addition to his wife, Susan, he is survived by his daughters Virginia (Michael) Black of Columbus, Ohio; Robin (Russ) Fahlberg of Dunlap, Ill.; Elizabeth (Joe) Lillian of Overland Park, Kan.; Catherine (Chad) Roberts of Apple Valley, Minn.; and Zhushan “Mandy” Li (Feng Hong) of Newton, Mass. Also his brother, Hugh (Cynthia) Spellman, and his sister-in-law, Carolyn Spellman, of Urbana, Ohio; his sister-in-law Jacqueline Howald of Rootstown, Ohio; grandchildren Michael (Crystal) Black, Christopher Black, Jessica (Salvador) Ramirez, David Lalo, Jenna Lillian, Morgan Lillian, Kiegan Roberts, Tristan Roberts, Susan Hong and Robert Hong; and great-granddaughters Cadence, Hallie, Makayla, Arianna and Aurora. In lieu of flowers, donations to the Susan Spellman Memorial Scholarship Fund at Johnson University, the Poshard Foundation or First Christian Church of Anna would be appreciated. The family will host a memorial service at 3:00pm on Saturday, May 29, 2021 at the First Christian Church in Anna with Pastor Joseph Hawkins officiating. Facebook live streaming will be available. Family and friends gathering will be from 2:00pm up to the hour of the service. Inurnment will take place at 10:30am on June 19, 2021 at Oak Dale Cemetery, 319 Patrick Ave., Urbana, Ohio. Crain Funeral Home in Anna-Jonesboro has been entrusted with the arrangements. To view the obituary or to leave an online condolence for the family visit www.crainsonline.com

Husband of 62 years. Father to five girls. Man of God. Robert Spellman was born April 8, 1937, in Grandfield, Okla., and grew up in Urbana, Ohio, a town he fiercely loved, the son of Robert Sr. and Flossie (Crane) Spellman, with his late brother,... View Obituary & Service Information

The family of Robert L Spellman Jr created this Life Tributes page to make it easy to share your memories.

Husband of 62 years. Father to five girls. Man of God.

Send flowers to the Spellman family.