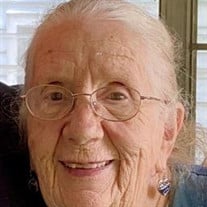 Shirley Lillard-Maine of Carbondale, wife of Thomas “Tom” Maine passed away Friday, February 26, 2021 in Memorial Hospital of Carbondale. She was born in Chicago on June 14, 1930, lived her first 19 years in Benton where she attended Douglas and Benton Township High School. AT BTHS she loved English and the chorus. She was member of the first madrigal singing group and continued singing in the madrigals her freshman year at Southern Illinois University. After her first year there, she married Hampton William Lillard and because of the call of the military lived a year in San Antonio, TX and two years in Heilbronn, German. After the military, they lived nine years in Water Valley, KY and returned to Carbondale in 1963. Four children were born to them during those years. After returning to Carbondale, she began working in the Office of Admissions and Records the day President Kennedy was assassinated. She worked there for thirty years and attended school to earn a bachelors and master degree in Work Force Education before retiring in 1993. On April 11, 1987 she married Tom Maine and began a new life. Over the years, the two of them enjoyed boating on his cruiser and sailing and became members of the Crab Orchard Boat Club. They traveled to national as well as local AARP meetings that were held all over the country. Much of their travel centered around her husband’s swim meets which took them all over Illinois and various meets over the United States as well as many of the country such as New Zealand, Italy and Sweden. In their later years, they continued to work out at the recreation center. Shirley is survived by her husband, Tom Maine; children, Anne (Mike) Teymouri of St. Louis; Patrick (Brenda) Lillard of Carterville; Daniel (Sheril) Lillard of Florida and Eric (Diane) Lillard of Houston; 11 grandchildren; 8 great grandchildren; a sister, Sandra Sue Bernhardt (Robert) of Cheyenne, WY; stepchildren that became her family, Larry Maine of OK; Scott Maine of Foley, MO; Jeri Maine of Troy MO and Suzanne Theismann of Winfield, MO; plus all of their children and grandchildren; other relatives and a host of friends. Funeral Services for Shirley Lillard-Maine will be Wednesday, March 3, 2021 at 2:00 pm in Crain Pleasant Grove-Murdale Funeral Home with The Reverend Dr. K. Stephen Combs officiating. Visitation will be from 12:00 pm until the hour of the service. The family requests those attending the visitation and funeral follow social distancing guidelines and the wearing of a face covering is requested. Interment will be in Jefferson Barracks National Cemetery, St. Louis, MO. Memorials can be made to the donor’s choice and will be accepted at the funeral home. Crain Pleasant Grove-Murdale Funeral Home is in charge of arrangements.

Shirley Lillard-Maine of Carbondale, wife of Thomas &#8220;Tom&#8221; Maine passed away Friday, February 26, 2021 in Memorial Hospital of Carbondale. She was born in Chicago on June 14, 1930, lived her first 19 years in Benton where she attended... View Obituary & Service Information

The family of Shirley Ann Lillard-Maine created this Life Tributes page to make it easy to share your memories.

Send flowers to the Lillard-Maine family.