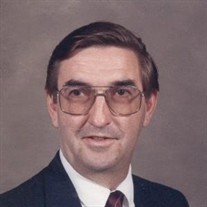 Thomas Kay Berry, age 81, of Murphysboro, passed peacefully into eternal life Wednesday, March 2, 2022, at his home with his loving wife, Alice, by his side. Tom was born on January 8, 1941, in Vanleer, Tennessee, the son of Robert Van and Ruby (Pancher) Berry. He married Alice Allen on June 18, 1967, in Murray, Kentucky. He is survived by his wife, Alice; son, Carl (Jodi) of Lebanon, Illinois; grandchildren Olivia (Alex) Foxberry of O’Fallon, Colin and Ethan Berry of Lebanon; brother-in laws, Phil (Georgia) Allen of Louisville, Kentucky, Mark Allen of Kennewick, Washington, and sister-in-law, Dottie Donnelly of Bowling Green, Kentucky. He is also survived by numerous nieces and nephews. Tom was preceded in death by his parents, brothers, Warner Berry and Billy Joe Berry; sisters, Dottie Jean Phillips and Eloise Freeman. He was valedictorian of the Class of 1959 at Grove High School, Paris, Tennessee. He attended Murray State University 1959-1968, earning a Bachelor of Music Education degree, cum laude, in 1968, with emphasis on trumpet. He studied music composition with Samuel Adler at the University of North Texas in Denton from 1964-1965. The Dallas Symphony played his original composition, Prelude and Allegro, in 1965. Tom served in the U.S. Army in 1966 in Fort McPherson, Georgia, and earned Sharpshooter and National Defense Service Medals. He played trumpet in orchestras and dance bands under the leadership of Shep Fields, Jack Staulcup, Tom Lonardo and Sellers Leach. He played in bands in Atlanta and Motown in Detroit for Marvin Gaye and Gladys Knight and the Pips in 1967. Tom was a member of the First United Methodist Church of Paris, Tennessee. He attended Grace UMC in Carbondale, Illinois. He was a life member of both the SIU Alumni Association and the Jackson County Retired Teachers Association. He was a volunteer for Meals on Wheels. Mr. Berry taught band in Kentucky at Lone Oak Junior High in McCracken County (1968-1969); K-8 band/elementary music at Jonesboro School District (1971-1975); band /elementary music at Murphysboro School District (1975-1979), where he recruited Carl to play tuba in 5th grade through his senior year; band at Trico High School (1987-1988). He also worked in sales and was a substitute teacher in Murphysboro. Tom spent many hours playing tennis, practicing trumpet and composing music. He loved spending time with his grandchildren who called him “Papa.” He had a special place in his heart for his family, furry and winged friends, and all children. He had an infectious laugh, clever wit, and endearing smile that could light up a room. A Celebration of Life will be at 2:00 p.m. Saturday, March 12, 2022, in Carbondale Grace United Methodist Church with Pastor Jungil Rhee and Dr. Jeff Phillips officiating. Visitation will be held from 12:00 p.m. until the hour of service at the church. Full military honors will be accorded by the Murphysboro American Legion Post #127 and the Illinois Honor Guard. Cremation rites have been accorded. A Memorial Bench will be set in Pleasant Grove Memorial Park to honor him. In lieu of flowers, the family requests memorials be made to Grace UMC-IGRC-Our Conference-Our Kids; Grace UMC; music scholarships; or to an animal shelter of the donor’s choice. Envelopes will be available at the service. Crain Pleasant Grove-Murdale Funeral Home is entrusted with arrangements

Thomas Kay Berry, age 81, of Murphysboro, passed peacefully into eternal life Wednesday, March 2, 2022, at his home with his loving wife, Alice, by his side. Tom was born on January 8, 1941, in Vanleer, Tennessee, the son of Robert Van and... View Obituary & Service Information

The family of Thomas Kay Berry created this Life Tributes page to make it easy to share your memories.

Send flowers to the Berry family.