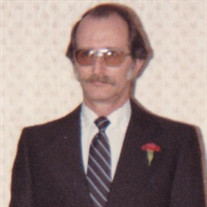 Troy Edward Groves, age 77, of Johnston City, passed away on Thursday, July 1, 2021 at 12:49 a.m. in Herrin Hospital. Troy was born on September 23, 1943 in Carbondale, a son of Jesse and Elsie (Nance) Groves. He first married Janet Claunch and to this union four children were born. In 1981, he married Joann Gibbons, and she preceded him in death on March 15, 1988. Troy worked for thirty-two years as a communications contractor for various telephone companies. He was an active supporter of the Christopher chapter of Future Farmers of America, was an avid fisherman, and enjoyed hunting, traveling, riding motorcycles and especially spending time with his grandchildren. Troy was a member of the ABATE Motorcycle Association and of the Christian faith. Survivors include four children, Lisa Groves of Cambria, Shana (Charles) Johnson of Simpson, Mindy Marshall of Herrin and Travis (Jessica) Groves of Johnston City; his step-daughter, Judy (James) Lenard of Benton; eleven grandchildren; several great-grandchildren; two sisters, Sherri (Brian) Hargis and Patty Crow, both of Christopher; and numerous nieces, nephews, cousins, other relatives and friends. He was preceded in death by his parents; a son, Robbie Groves; and his brother, Bill Groves. Visitation will be held at Crain Funeral Home – Egyptian Chapel in Energy on Tuesday, July 6, 2021 from 5:00 p.m. until 7:00 p.m. Cremation rites will be accorded following visitation, and entombment will be held in Egyptian Memorial Gardens Mausoleum at a later date. Crain Funeral Home – Egyptian Chapel in Energy has been entrusted with the arrangements. In lieu of flowers, the family requests that memorial donations be made to Crain Funeral Home, 3208 South Park Avenue, Energy, Illinois 62933.

The family of Troy Edward Groves created this Life Tributes page to make it easy to share your memories.

Troy Edward Groves, age 77, of Johnston City, passed away on...

Send flowers to the Groves family.