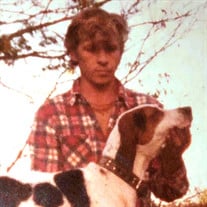 William H. Bierschwal, age 71, of Cape Girardeau, passed away on Tuesday, September 21, 2021 at 1:45 p.m. in Southeast Hospital in Cape Girardeau. Bill was born on September 30, 1949 in Cape Girardeau, a son of Cecil and Margie (Webb) Bierschwal. He married Ruby Lane Hannah on December 2, 1967 and she survives. During his working years, Bill worked as a tree trimmer and for over 40 years as a contractor, having retired from California Homes. Bill loved fishing, hunting and spending time with his family. He was of the Baptist faith. Survivors include his wife of fifty-three years, Ruby Bierschwal of Cape Girardeau; his three children, Billy (Tracy) Bierschwal, Danny Bierschwal and Tammy (James) Sides, all of Cape Girardeau; four grandchildren, Brandon Bierschwal, Cody (Morgan) Price, Teddy Bierschwal and Taylor Sides; three great-grandchildren, Macy Bierschwal, Peyton Price and Rylie Bierschwal; two sisters, Bonnie Mackie and Gracie Dennis; one brother, Danny (Carol) Bierschwal; and several nieces, nephews, other relatives and friends. He was preceded in death by his parents; and two brothers, Rocky Bierschwal and Forest Bierschwal. In accordance with his wishes, cremation rites will be accorded. A memorial service for Bill will be held at Crain Funeral Home in Cape Girardeau on Wednesday, September 29, 2021 at 2:00 p.m. A time of visitation will be held at the funeral home from 12:00 p.m. until the hour of service. In lieu of customary remembrances, memorial donations may be made to St. Jude Children’s Research Hospital and will be accepted at the funeral home. Arrangements have been entrusted to Crain Funeral Home and Cremation Service in Cape Girardeau.

The family of William H. Bierschwal created this Life Tributes page to make it easy to share your memories.

Send flowers to the Bierschwal family.